Thomas Friedman to America: China is Kicking Our Butt 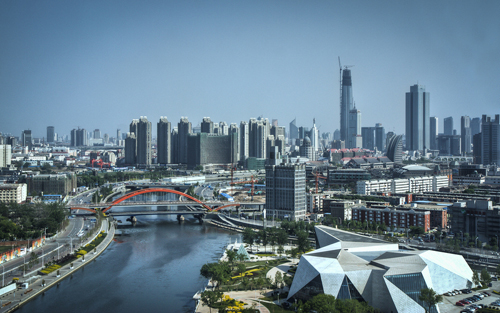 The title of Friedman’s first piece, Too Many Hamburgers?, references a skit produced for the Davos Forum where four children wearing four different flags – Chinese, American, Indian and Brazilian- are about to run a race. The child with the American flag bolts ahead only to lose ground shortly after due to a bout of cramps. The others wonder what is wrong with him until one of them says, “he ate too many hamburgers.”

I saw this skit myself on the local English-language TV station here, CCTV News, and though it was contrived, the point is well-taken. China sees this moment as a chance to pull ahead- which it is doing at alarming speed. Back in the U.S., rising groups like the Tea Party continue to futilely bicker about ‘lower taxes’ while ignoring the global forces at work undermining American economic strength.

Friedman’s second piece, Their Moon Shot and Ours, is perhaps more alarming as he spells out the sectors where China is taking the lead in innovation. Up until now, China has always been a place where ‘cheap things are made’. America could always count on being the innovator while China continued being  the low-cost manufacturing giant devoid of creativity.

This is no longer the case. As Friedman spells out in the first paragraph:

“China is doing moon shots. Yes, that’s plural. When I say “moon shots” I mean big, multibillion-dollar, 25-year-horizon, game-changing investments. China has at least four going now: one is building a network of ultramodern airports; another is building a web of high-speed trains connecting major cities; a third is in bioscience, where the Beijing Genomics Institute this year ordered 128 DNA sequencers — from America — giving China the largest number in the world in one institute to launch its own stem cell/genetic engineering industry; and, finally, Beijing just announced that it was providing $15 billion in seed money for the country’s leading auto and battery companies to create an electric car industry, starting in 20 pilot cities. In essence, China Inc. just named its dream team of 16-state-owned enterprises to move China off oil and into the next industrial growth engine: electric cars.”

You don’t even need to read the rest of the piece to get the idea. If this isn’t a wake up call to the American people then I have no idea what else could be.

With all the praise Friedman has given China recently, some have criticized him for being an ‘apologist for communism/repressive regimes’. If one thinks that lifting millions of people out of poverty and creating new jobs in innovative sectors for the 21st Century is repressive then I would have to respectfully disagree.

The most repressive thing any government can do is not create opportunity for its citizens. Unfortunately, the U.S. is doing just that.

The New York Times: Too Many Hamburgers?

The New York Times: Their Moon Shot and Ours