Hong Kong’s Wong Chuk Hang: How Long Will it be the “Undiscovered Gem” of HK’s Creative Community? 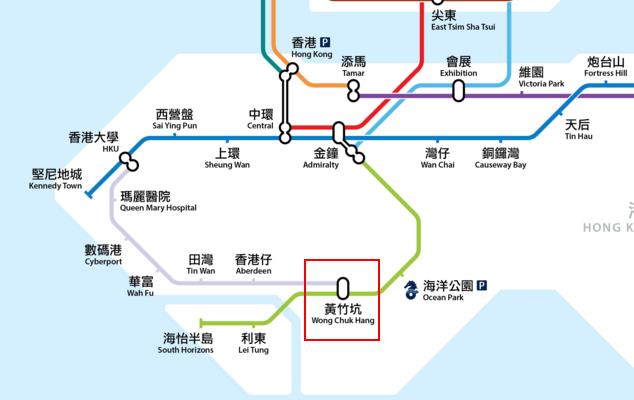 Wong Chuk Hang, one of the most hip “undiscovered” neighborhoods in Hong Kong, is undergoing massive redevelopment thanks to a planned MTR Station. Just as galleries, artist studios, hidden coffee shops, and restaurants started emerging in recent years, the community is now facing rising rents and redevelopment pressures. Will WCH become another transient alternative neighborhood that will soon be overtaken by big developers?

Historically, WCH was zoned strictly for industrial activities. As industrial activities began to die in the early 1970s, many old warehouses were left vacant. Over the past decade, small businesses, especially from the creative community, relocated to Wong Chuk Hang as rents soared in central Hong Kong locations. Slowly, Wong Chuk Hang has become a hybrid neighborhood that houses activities ranging from food processing to artist studios and rock-climbing gyms.

Recent redevelopment in this neighborhood has induced a twofold increase in rent. New ground-up developments coming to the neighborhood are a response to the shortage of office space in Hong Kong and the high rent potential in WCH. 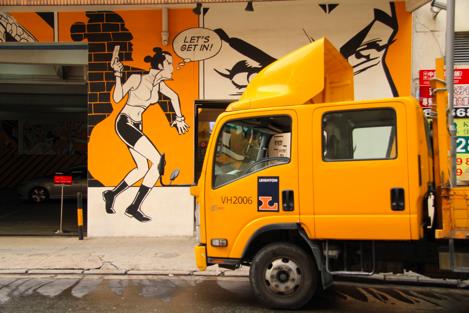 Is the new development pushing out the emerging creative community and small businesses in WCH? Not entirely, but it most likely will eventually.

Co-ownership is a common practice in Hong Kong, and many of the industrial buildings are occupied by owners rather than renters. The first round of redevelopment targeted single ownership buildings, which were mostly left in bad condition and were barely occupied.

In multi-tenant ownership situations, it is much harder to reach an agreement to sell the building for redevelopment. Currently in WCH, a new office building charges on average 20HKD/sq ft whereas the old building could only generate around 9 HKD/sq ft. No matter how much individual owners want to preserve the original community, the rent gap is becoming too appealing for anyone to refuse to negotiate.

This new development will seriously challenge WCH’s buzzing scene and its vision of becoming the new destination for modern art in Hong Kong. Often, artists are both blamed as gentrifiers and sympathized with as the victims of gentrification. However, in Wong Chuk Hang, this is not the case: the uplift of the neighborhood is mostly transit-driven and the existing settlements will not be forced to relocate, especially if they owned the properties.

Inevitably, the creative community will suffer from the lack of room for growth. Currently, art lovers and culture seekers enjoy getting out of their industrial lifts and discovering the hidden art scenes in WCH. As old industrial buildings are replaced by shinier, trendier, and more well-maintained office towers, affordable and flexible space will be less available for the grassroots alternative community to grow.

“Life will get easier, but Wong Chuk Hang will become another boring neighborhood at the same time”, says the head of the South Island Cultural District and the owner of Art Statements, Dominique Perregaux.

If the rent is already doomed to be too damn high, would the public space improve as part of the neighborhood redevelopment?

New buildings in WCH are shiny and well-maintained by building management companies. However, little has been done outside the boundaries of these new building. Although the MTR station and the new offices that come with it will increase foot-traffic, streets and connectors still remain at a monstrous industrial scale. Crossing streets requires endless detours under the elevated highway. Public space is almost non-existent, and is only hidden under shabby overpasses. While private developers polish their own properties, other desired features of a neighborhood do not seem to make their appearance simultaneously. If the rising rent is not to be controlled, at least government should demand developers to contribute to the public space.

What is the future for WCH? How much longer can this neighborhood remain a cool, hip gem?

As displacement is not so much of an immediate threat to owner-occupied spaces, the existing community may not be forced to relocate in the near term. However, new space available for rent would target a very homogenous group of users — office occupiers who could afford paying high rent. The development-driven transformation in this neighborhood poses a question as to how to sustain or further foster a diverse mix of activities. We need to ask these questions or Wong Chuk Hang, the “hidden gem” of Hong Kong, will soon just become another uninspiring office compound.