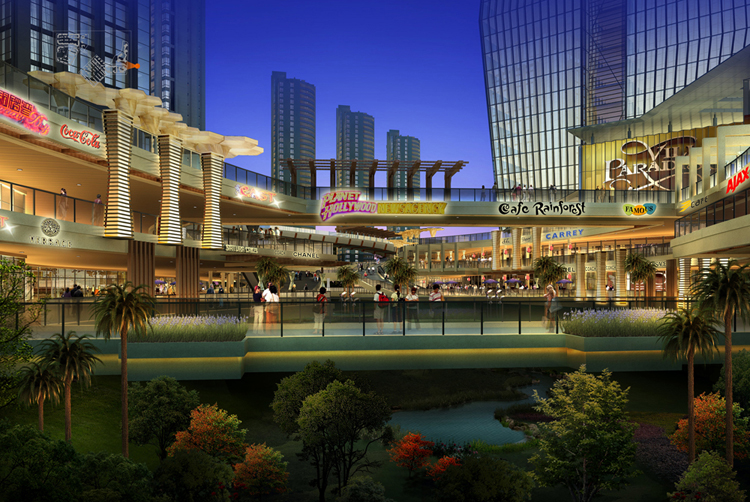 The following piece appears in the new issue of the architecture journal CLOG:RENDERING

Architectural visualization specialists are the overlooked laborers involved in the vast China urban development program. They differ from architects in that they do not have design training beyond very specific knowledge of software programs such as 3D Studio Max© or the Adobe Creative Suite©. While some Chinese architecture firms employ in-house visualization specialists, most rendering work is outsourced to gigantic three-dimensional modeling studios.

Stepping into one of these studios is much like walking into a factory (one office can employ upwards of one thousand people), but instead of workers assembling widgets along conveyer belts, rows of workers hunch over their desktop computers for hours on end, producing images to be used in presentations to high-level officials or real estate marketing brochures. Just as in a factory, workers are assigned to one specific task: three-dimensional modeling, rendering (material and camera view selection) or post-production work in Adobe© Photoshop© – there is no overlap in roles.

Workers in these ‘image factories’ can barely keep up with the lighting-fast pace at which buildings go up in China and this explains much of why renderings take on a different role in China as compared to in many Western countries . Unlike the built reality of China’s growing cities, renderings serve as fantasies of urbanization rather than true reflections of the urban condition. Whereas in the West architectural renderings for proposed projects are most often shown in the true photorealistic context of their surroundings, Chinese renderings invent their own context.

One example of this is the rending of a skyline. It is not uncommon to see the skyline of an American city like Los Angeles or Houston, collaged into the background of renderings for new projects in far-flung third and fourth tier provincial cities. In essence, true representation of context is not important when it comes to image making for these Chinese renderings. What matters is the appearance of urbanism: a fantasy which means dense clusters of tall buildings, even if those buildings come from somewhere else.

The theatrics do not stop with city skylines. Renderings for new commercial projects in China must give the appearance of affluence, even if the targeted demographic is not. Storefront signage must display luxury brand names like Gucci, even if those spaces will eventually be filled with dumpling restaurants. Photoshopped entourage must be abundant, even if it distracts from the architectural design. Palm trees and other non-native plant species are perfectly okay in renderings for projects in freezing northern Chinese cities and daytime skies are blue even if in reality pollution clouds the sky.

Architectural visualization specialists (and some architects for that matter) in China are not involved in design, but the marketing of urban fantasies to government officials.  Classic architectural principles like proportion, scale and how a building responds to context are forgotten matters in the race to build the future in China. The truth is there is no time to be so thoughtful.