Interview With Ole Bouman, Curator of the 2013 Shenzhen Bi-City Biennale of Urbanism/Architecture 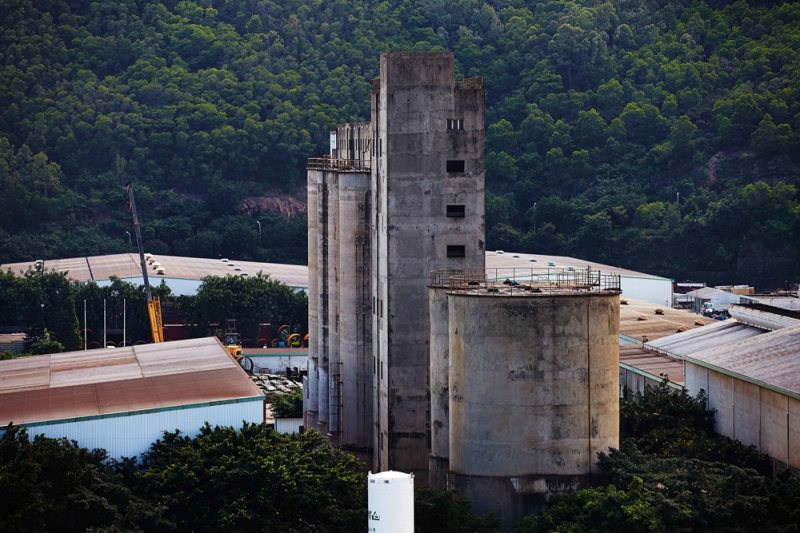 The “Value Factory”: Site of the 2013 Bi-City Biennale of Urbansim/Architecture

The 2013 Bi-City Biennale of Urbanism/Architecture is now underway in Shenzhen and Hong Kong. Open until the end of February 2014, the event is the world’s only biennale exhibition based exclusively on the themes of urbanism and urbanization. Now in it’s 5th edition, the Bi-City Biennale takes place across one of the world’s most dynamic economic regions, exploring not only the dichotomy between Hong Kong and Shenzhen, but the larger issues facing urbanization in China (something this blog is always very excited about discussing).

The Creative Director for this year’s Bi-City Biennale is Dutch Curator Ole Bouman. Mr. Bouman answered a few questions about the Biennale for the CUD Blog discussing some of the relevant issues surrounding this year’s event:

Adam Mayer (AM): Hong Kong, Shenzhen and the greater Pearl River Delta is arguably the world’s most dynamic urban region at the moment. What does it meant to curate a Biennale in a place that is very much “of the now” in terms of economic might versus a city like Venice which, while it lingers in our collective cultural imagination, is long past its primacy as a mercantile power center?

Ole Bouman (OB): To work in Shekou, at the heart of the Pearl River Delta conundrum, gives a chance to position this biennale as a real urban laboratory, with real implications for Shenzhen, but perhaps also with effects on the practice of urbanism in China. We have been given a chance to work on the scale of the city, with real investors, real owners, real users. This is only possible when the city is still a battlefield, not a museum. In Venice, history is the background of an event. In Shenzhen, you can make urban history.

AM: The main site for the Biennale is the “Value Factory” – a repurposed space in what used to be the Guangdong Float Glass Factory in the Shekou area of Shenzhen, which operated from 1987 to 2009. Considering that little more than 30 years ago Shenzhen was nothing more than an ambitious economic experiment on paper, how does the city come to terms with such a rapid progression from industrial development to post-industrial metropolis?

OB: In many different ways, of course. And to some extent it doesn’t come to terms at all, because the terms are changing themselves so rapidly. Under the current dynamic conditions, city development happens by stealth almost by definition. Nevertheless, I have been working with people with a growing awareness of the historical opportunities; they increasingly work with a helicopter view which enables them to set up urban relations that matter. That’s also why I am very happy we could realize a panorama deck on top of the factory which reveals all the frictions and storylines at a glance.

AM: Shenzhen is often derided within China as a cultural desert especially when compared with the more traditional cultural centers of the country such as Beijing, Xi’an and Chengdu. How does Shenzhen combat this reputation?

Ole Bouman, Curator and Creative Director of the Biennale

AM: The Biennale takes place across the Mainland China/Hong Kong border. As a Bi-City event, how does the Biennale reflect the sometimes contentious yet symbiotic relationship between the two very different cities of Hong Kong and Shenzhen?

OB: This year I find this relationship different from previous years. Shenzhen got back to using the Biennale as an urban catalyst. It is enormously ambitious but not as a goal in itself. In Hong Kong the biennale also “performs” in a certain way, but more as filter of urban dynamics than as an agent, as far as I can see. On the other hand, in Hong Kong already this filter is enough for serious protests against it.

AM: In Shenzhen’s aspiration to become a global metropolis, several prominent Western architects such as Steven Holl, Rem Koolhaas and BIG have had an opportunity to leave their mark on the city. Moving into the future, do you see Shenzhen continuing to invite architects from the West to design its marquee buildings or will we see more homegrown, Shenzhen-based architects contributing to the urban fabric of the city?

OB: I don’t believe the architects you refer to “leave their mark on the city”. Maybe they do “on the skyline” of a specific neighborhood. But Shenzhen is already way too developed to be reduced to architecture. The urban dynamics are excruciating. The city is exactly doing what a city should be doing in the first place: to work as an emancipation machine, to help people make a living. I am convinced that architects can play a very important role in facilitating this process and I also think that local architects are very able to do so as well.

Many thanks to Mr. Bouman for taking time out of his busy schedule to answer some questions for us. For more information about the 2013 Bi-City Biennale of Urbansim/Architecture please visit the following link: http://en.szhkbiennale.org/