Why China’s Cities Must Maintain Ties With the Countryside 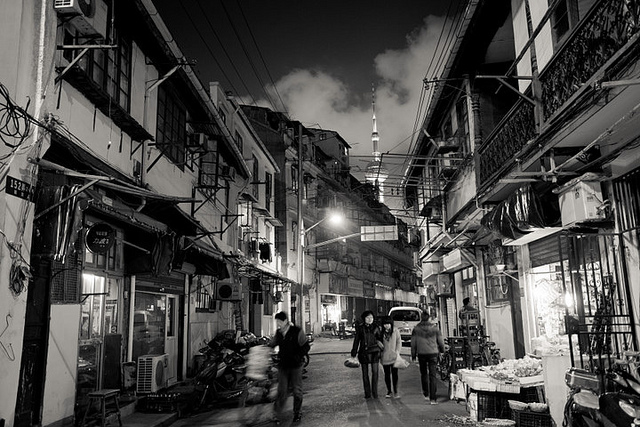 One of the first things that struck me when I came to Shanghai was the wide variety of lifestyles on every corner. Farmers just off the train from the countryside sat on sacks of rice beside elegant office ladies chatting away on cell phones. It reminded me of New York City: a melting pot where people from every section of society are thrown together each day.

Shanghai is both a futuristic and a traditional city. It is international and urban, but also retains many rustic elements, as evidenced in the daily lives and habits of many of its citizens. This creates an attractive mix of lifestyles and cultures, which I think is good for a city. Although the chaos and conflicts that sometimes ensue when this happens can be annoying, it also gives a place character and reminds us of our roots.

Urbanization normally refers to the movement of rural populations toward a city. But Shanghai and other Chinese cities serve as evidence that urbanization is often much more complicated. In essence, it’s about change of lifestyle. The divide between rural and urban is more obvious in China than it is in any Western country.

I grew up in the Dutch countryside. My grandparents used to be farmers. Peeking out from my upstairs bedroom window I could see the glimmering, seductive lights of Rotterdam — home to Europe’s largest port.

Although life in the countryside was peaceful, pleasant, and safe, the city always attracted me with its unlimited potential. It seemed to me the best way to meet interesting new people, gain new ideas, and learn more about the world.

I thought the village where my family lived was dull and dreamed of escaping at the first possible opportunity. Moving to Rotterdam for my university studies only expanded this desire. I yearned for a megalopolis. I needed a New York City, a Paris, or a Shanghai.

The city offered me a means of developing myself, my career, and allowed me to meet new people and face new challenges — ambitions shared by many young people across the world. This holds true in China as well, although because of living standard disparities between rural and urban regions, many people also migrate simply to improve their quality of life.

Cities need to search for a way to become more balanced with the countryside, and I think one way to do this is to begin incorporating more rural elements into city life. – Harry den Hartog, urban designer

Of course, living in urban areas also has downsides. Each city has its own specific problems to solve, from air pollution, food security, social inequalities, to traffic problems. It has often seemed to me that Shanghai is attempting to treat all of these urban headaches at the same time and on a much larger scale than most other cities.
I believe that many people in China view a life in the city as the ultimate goal of happiness. Many policies from the country’s central government are directed toward continuous urban growth, but there is a limit to this expansion.

Rising inequalities between cities and their surrounding countrysides result in an unfair system where one set of citizens lives much better than their neighbors. In China this situation is exacerbated by thehukou, a system that ties people to where their household is registered.

China has a rich and long agricultural history. But although China’s agricultural methods have often been much more advanced than other countries throughout history, many Chinese nowadays view rural areas as backward and unappealing.

Personally, I love the countryside. However glamorous the Shanghai life can be, I often long to return to my small Dutch village. I strongly believe that rural and urban areas are becoming increasingly polarized, and I think that metropolises need to search for a way to become more balanced with the countryside. One way to do this is to incorporate more rural elements into city life.

In 2012, the environmental protection organization GoodtoChina launched SkyFarms: a project that installs rooftop gardens where crops are grown around Shanghai. In 2015, a farmer named Fred Young initiated the Rainbow of Hope project, which delivers organic food grown by rural farmers directly to urban dwellers.

The target consumer for these two projects is Shanghai’s rising middle class — a group that rarely has any contact with farmers. This lack of connection is why I really enjoy seeing people from the countryside next to polished white-collar workers.

What has always fascinated me most about Shanghai is its mix of rural and urban lifestyles. Unlike New York, Berlin, or Tokyo, each street in Shanghai offers fresh food that was brought in from a nearby field that morning.

This gives a lot of variety to this city — something that supposedly more “civilized” cities like Paris or London are lacking. China should embrace the rural-urban qualities of its cities, and continue to develop them into a permanent feature of urban life.

Harry den Hartog is an independent urban designer and author of ‘Shanghai New Towns: Searching for Community and Identity in a Sprawling Metropolis.’