Hong Kong Protests & The Role of the City 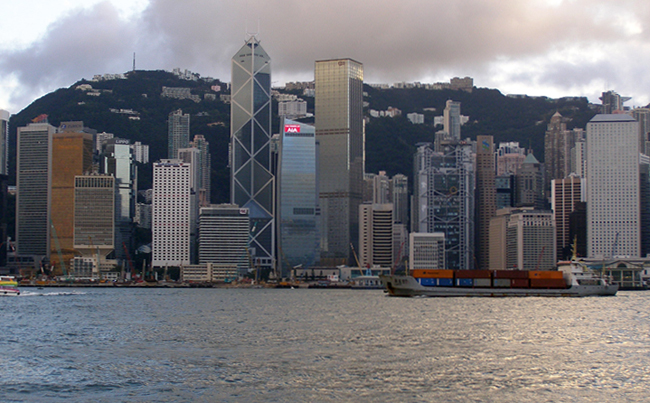 Hong Kong is an unlikely setting for massive political protests. The city, known for its open global trading culture, is a paragon of economic freedom. Yet many would argue that the economic freedom enjoyed by Hong Kong’s citizens has not kept pace with the level of political freedom.

Case in point: at the time of this writing, pro-democracy protests in Hong Kong have taken over the city; spilling over from the city’s central business district of Central into the neighborhoods of Causeway Bay and to Mong Kok across the harbor in Kowloon. Prompting this unprecedented massive protest was the Chinese Central Government’s decision last month to allow only committee-approved candidates to run for Chief Executive (Hong Kong’s highest political office) in what was supposed to be the city’s first public vote in 2017.

Beijing’s decision to vet Chief Executive candidates before they are permitted to run for office sent a signal to Hong Kong citizens that perhaps the Central Government is not fully comfortable embracing the idea of ‘One Country, Two Systems‘. That being said, while on the surface this appears to be primarily a political protest, underlying much of the frustration of protestors are economic issues resulting from a flood of Mainland wealth entering Hong Kong.

To understand why this may be the case, it is important to look at Hong Kong as a ‘city’ first rather than a former British Colony and current Special Administrative Region of China.

As anyone who has visited the city knows, Hong Kong is one of the most compelling urban places in the world. Spanning across Victoria Harbor, from Hong Kong Island to the Kowloon Peninsula and beyond to the New Territories, the city’s natural geographical setting is stunning. Add to that the forest of svelte skyscrapers against a backdrop of steep mountains and you get a visual dynamism that is unmatched by any other city.

Urbanistically, Hong Kong functions like a well-oiled machine. The always on-time metro system spans to the far reaches of the city and mixed-use developments everywhere promote lively street-level activity. The city’s airport is one of the most well-connected and efficient in the world. The tourism/hospitality industry is gold standard and booming.

Given all the assets possessed by the city, what then is Hong Kong’s problem?

Short answer: the cost of living is out of control.

In a sense, Hong Kong is a victim of its own success. Thanks to its open banking system, global capital flows into the city relentlessly. Investment in Hong Kong property, primarily from wealthy buyers from Mainland China, drives up the price of real estate to astronomical levels out of reach for most locals.

Exacerbating the housing affordability crisis in Hong Kong is the lack of land to build new real estate to meet the high demand. Demographer Wendell Cox’s research has even found Hong Kong to be the world’s most unaffordable housing market.

The protests in Hong Kong are directed at the Chinese Central Government, but they might as well be directed at China’s capital flows into the city. To put it into perspective, this is a semi-autonomous highly developed city of 7 million, adjacent to a developing country of 1.3 billion. Hong Kong is the closest safe harbor for wealthy Mainlanders to put their money. On top of that, millions of Chinese tourists come to Hong Kong each year to go on shopping sprees, buying luxury goods, sales-tax free, that would be more expensive to purchase in the Mainland.

Given the severity of the situation, it is no wonder that native Hong Kong citizens are taking to the streets in protest. Yet as Hong Kong is already a relatively free city, unfortunately I do not think that more ‘democracy’ will help the solve the problems that Hong Kong protestors are most concerned about (cost of living, loss of cultural identity, etc…).

On the contrary, the solution for the city’s woes would be for the rest of China to become more like Hong Kong. That is- more global, economically open and possessing a banking system that investors can trust. Mainland China is not there yet, but proposed initiatives such as merging the Pearl River Delta into an interconnected ‘mega-region’ and the Shangahi Free-Trade Zone are steps in the right direction.

Ultimately the point is to take the pressure off Hong Kong. This could be achieved by making other cities in China, such as Shenzhen or Shanghai, more open economically, so that capital flows more freely through the Mainland.

The Chinese government up until now has hesitated in doing this. Perhaps the protests in Hong Kong will be a wake-up call to speed up reform. My feeling is that this will happen eventually and hopefully sooner than later.