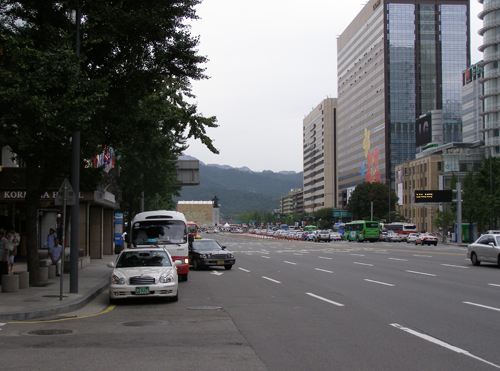 The G-20 meeting in Seoul earlier this month left in its wake a trail of uncertainty regarding the state of the global economic system. The U.S. received its fair share of criticism over its ‘QE2’ quantitative easing measure. ‘Quantitative easing’ is  essentially akin to the Federal Reserve Bank printing more money. The goal here is to help stimulate job growth in the U.S. by weakening the dollar. Forbes columnist Shaun Rein explains why quantitative easing might actually be  a terrible mistake.

Treasury Secretary Timothy Geithner denies the U.S. is manipulating its currency while continually berating China over the low valuation of its RMB. With QE2, the United States can no longer taker the moral high-ground because it has now entered the currency devaluation game. The intent of QE2 is to try to direct investment and job growth back to the U.S. but it will probably have the opposite effect: lowering the standard of living of American by causing inflation.

The U.S. government along with the Federal Reserve is trying to incentive people to start borrowing on credit again with super-low interest rates. Quantitative Easing also aims to bring back manufacturing jobs by killing the U.S. dollar. This is a dangerous game as I have pointed out before (Floating China’s Currency Will Not Bring Manufacturing Jobs Back to the USA). Unfortunately, for America and its citizens, the standard of living has nowhere else to go but down.

China on the other hand is waiting to unleash the power of the Chinese consumer (by letting its currency value rise) when the time is right. That time has not arrived yet. It is much easier to give your citizens more purchasing power when all they have known before is poverty. When the Chinese government is ready, the RMB will rise and the Chinese consumer will be busy shopping. The New York Times magazine spells out the situation exceptionally well in a recent piece: Can the Chinese Become Big Spenders?

The actions by the Federal Reserve have already managed to compel China to enact measures restricting foreign investment, or so-called ‘hot money’, into its domestic market. One example of this is the booming property market, where China just implemented a new rule limiting foreign companies to purchasing  only one commercial property, intended for its own use. In addition, foreign individuals are limited to buying only one residential property in mainland China.

The G-20 managed to accomplish nothing except to exacerbate currency disputes. The recent attacks by North Korea on South Korean territory could also negatively influence trade relations even further by escalating political tensions between the U.S. and China. Assuming tensions subside, it is in the best interest of all parties involved to resist currency anxiety in order to avoid a full on trade war.

Forbes: Why Ben Bernanke is Wrong

« China Leaping Ahead With High-Speed RailToo Good To Be True: Architecture Scams in China »