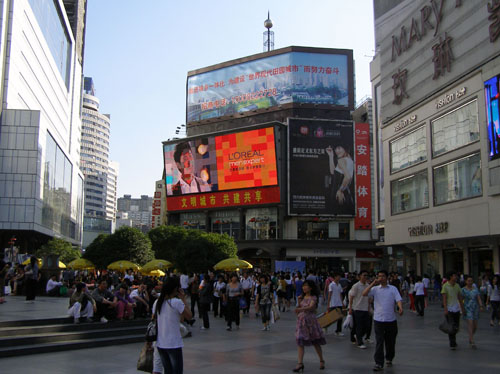 Every few months, Nobel Prize winning economist and New York Times columnist Paul Krugman writes an opinion piece lambasting China for ‘manipulating’ its currency, the renminbi (RMB). Whenever he brings this particular issue up, Krugman argues that China is undermining America’s (and other countries) manufacturing competitiveness.

I have responded to Krugman’s previous commentaries about the Chinese currency issue before (U.S. – China Trade Complications) and discussed why letting the RMB float will not bring manufacturing jobs back to the U.S. Krugman doesn’t seem to be getting the message based on yet another  Op-Ed he penned titled China, Japan, America.

He begins by mentioning Japan’s recent complaint about China’s trade policies and then continues on wondering why U.S. politicians cannot do the same by also taking a tough stance. Actually, just to be clear, there have been those in the U.S. Congress and White House who have been vocal about what they see as China unfairly manipulating the value of the RMB- but these voices have done little to change China’s currency and trade policies.

Freeing the RMB peg and letting it float would be a very dangerous move domestically for China. If the value were to rise too quickly, making manufacturing costly and uncompetitive, the result would be a huge surge in unemployment. This could lead to potentially devastating social instability, a reality which Krugman completely ignores.

Another reality he ignores is the fact that U.S. corporate executives and the shareholders of their companies directly benefit from the cheap cost of outsourcing to China. Does this hurt the average American worker? Absolutely, but this is no surprise- American business executives and corporate managers are the best in the world at ‘minimizing overhead/maximizing profits’.

In the end, U.S. politicians will pay lip service to pressuring China over the RMB value, but it is doubtful any real policies will come out of Washington that would end up hurting trade relations.

Mr. Geithner is following the lead of Japan’s minister of finance (who Krugman mentioned in his piece) in anticipation of the G20 finance ministers meeting next month. Geithner made clear to Congress that keeping the RMB value low against the U.S. dollar is not in China’s long-term interest, as it not only hurts the U.S. and other developed countries, but developing nations as well.

I certainly doubt that China plans on keeping the value of the RMB low forever. Long-term, Chinese leaders face the daunting task of peacefully directing the evolution of its huge economy. Right now, the country is still an economy largely based on low-cost manufacturing. That is quickly changing though, as China’s central government directs investment into IT, R&D and other diverse sectors.

Only when the Chinese economy is diverse enough beyond low-cost manufacturing will the Chinese leaders feel safe letting the RMB rise in value.