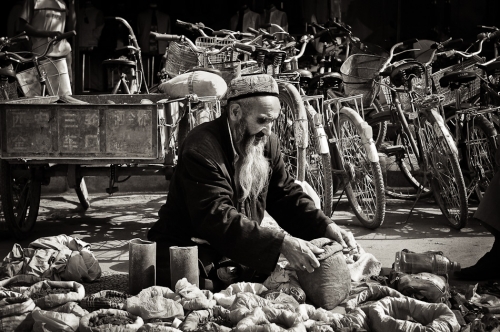 One rising city to be on the look out for in the next decade of China development is little-known Kashgar in the country’s western Xinjiang Autonomous Region. At just under a half a million people, Kashgar (in Chinese known as ‘ka shi’) sits at the far western part of China near the borders of Kazakhstan, Kyrgyzstan, Tajikistan, Afghanistan and Pakistan, making it a strategic gateway to Central Asia.

As a matter of fact, Kashgar has more in common culturally with its post-Soviet neighbors to the west than is does with what is historically thought of as China. Once an important outpost on the Northern Silk Road, today the city is dominated by the Uyghurs, a Muslim ethnic minority of Turkic origin.

This might not be the case for much longer.

The Chinese Central Government in May of last year designated Kashgar as a new ‘Special Economic Zone’ (SEZ), the  country’s first in more than 15 years. The Special Economic Zones of China are cities that have more liberal policies towards trade and investment than the rest of the country. Shenzhen, China’s most famous SEZ, has proved to be an enormous success.

Kashgar is worlds away from Shenzhen though. Whereas the latter benefited hugely from its proximity to Hong Kong and access to the sea, the former is in an almost completely opposite geographic situation: landlocked and separated from the prosperous eastern seaboard by the vast Taklamakan Desert.

Another challenge facing Kashgar is the possibility of ethnic tensions between the local Uyghurs and the incoming Han majority. With the designation of the city as an SEZ, investment and businesses from the east will be flooding the city inevitably posing a threat to the preservation of the local culture.

On a more positive note, with Kashgar becoming an SEZ, there is the potential for the city to revisit its once prominent position as a strategic trading point between East and Central Asia. From a foreign policy point of view, it is also encouraging that Beijing is taking interest in Central Asia, a troubled region that could use a bit of economic reform to help lift its people up.

For more information about Kashgar’s significance as a new SEZ, I recommend an excellent September 2010 piece from Newsweek that examines the prospects for this remote city.