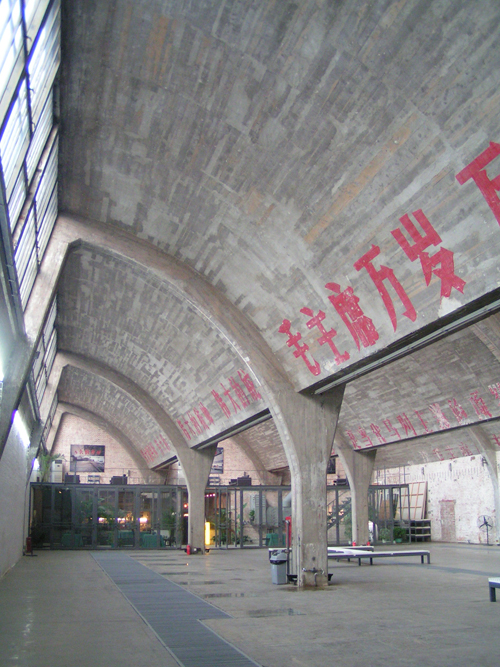 While browsing through the front page of the planning website Planetizen the other day, I came across a link to a story from the autumn issue of City Journal titled ‘Asian Megacities, Free and Unfree‘. City Journal, published by the Manhattan Institute, is one of my favorite publications about urban issues, and usually produces well-reasoned, thought-provoking pieces. And given the topic of this piece, I was excited to read what I thought would be a compelling article about the rise of Asian cities.

I couldn’t have been more wrong.

The article’s author, Guy Sorman, spends the first half of his piece tearing apart Chinese urbanism by belittling the country’s two largest metropolises Shanghai and Beijing. He continues the latter half by discussing why Seoul, the capital of South Korea, is superior to those cities. Sorman’s argument is rooted in the notion that China’s cities are not dynamic because their residents are not afforded the same ‘freedoms’ as those of Seoul.

Sorman’s position is essentially a political one. He thinks that China’s top-down government approach to urban planning and development means that its cities are  bound to be drab and uninspiring wastelands. For instance, he describes Beijing as ‘not a friendly city’ and a ‘dead city after 8 PM’.

Has Mr. Sorman ever spent more than a few days in Beijing? His comments sound like they are coming from someone who spent his entire time cruising in a Crown Victoria down the showcase boulevard Chang’an Jie peering at the gargantuan government buildings thinking that this is all the city accounts for.

To be sure, Beijing has major challenges to overcome such as traffic and the accompanying air pollution, but to deny that it is one of the most dynamic cities in the Asia (and the world) is totally off base. The city is huge, and with having seen explosive growth over the past three decades, there are myriad nooks and crannies to discover that are teeming with life. He also misses the point that Beijing is China’s cultural capital, with a burgeoning arts and music scene that is redefining Chinese identity for the first time after having been decimated by the Cultural Revolution.

Sorman’s myopic focus on only China’s two largest cities is extraordinarily shortsighted. There are dozens of other booming Chinese cities with millions of people enjoying the rewards of successful economic development and a significantly increased standard of living.

The city I live in, Chengdu, the capital of Sichuan Province, is a city boasting a population of nearly 5 million people. Dubbed ‘China’s Party Capital’ by the LA Times, people in Chengdu know how to enjoy life, whether it is spending dinner with friends around a fiery hot pot or wiling away  for hours over a cup of tea in one of the several municipal parks. If Mr. Sorman thinks that China’s ‘totalitarian Communist regime’ is an impediment to Chinese urbanites enjoying the good life I challenge him to come to Chengdu for a few days and see that he couldn’t be more off the mark.

Sorman contrasts China’s cities with Seoul, making the case that it is a more ‘bourgeoisie’ and interesting city due to South Korea’s system of government. Yet, as he clearly articulates in the article, the country did not see a democratic government until 1993, before focusing on economic expansion and urban development.

Did it ever occur to him that this is exactly what China is going through precisely at this time? It is a key characteristic of societies around the world that government reform follows on the heels of economic reform, not the other way around. Another misconception abounding in urbanist literature is that promoting so-called ‘creative industries’ will produce successful metropolises. Wrong again! Creativity and leisure also follow on the heels of economic prosperity.

I agree with Sorman that today Seoul is a compelling city full of enterprising and creative people. It is likely that it is in fact a much more livable city today than it was in previous decades when it was undergoing substantial urbanization. But who is he to suggest that China’s cities cannot follow the same path? Instead of being a pessimistic observer, focusing only on the negatives, he should realize that China is changing for the better and its cities will come into their own over time.

« Too Good To Be True: Architecture Scams in ChinaGuangzhou’s Inferiority Complex »