China Housing Bubble? Maybe, But Not as Bad as You Think 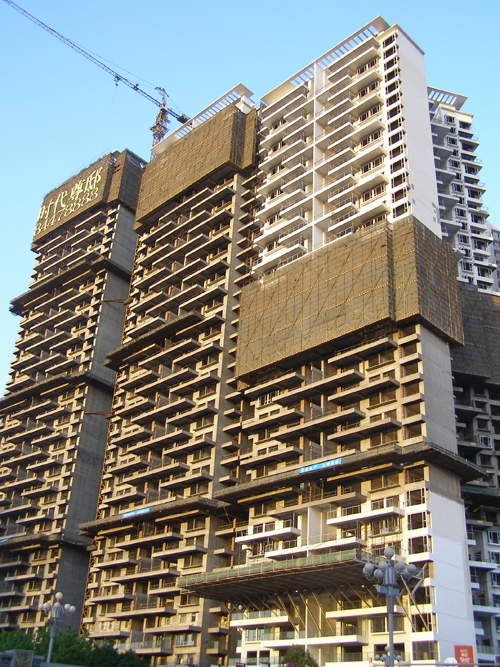 Many economic analysts are convinced that China is now in the midst of a  colossal housing bubble. Wendell Cox thinks otherwise. In a recent NewGeography piece titled China’s Sliver of a Housing Bubble, Cox digs through the various studies surrounding the talk of a housing bubble and focuses in on one particular study conducted by Dr. Wang Xialou for Credit Suisse.

Dr. Wang’s study differs from the others in that it takes into account the ‘grey income’ that is prevalent in China. Grey income is income not reported in official data. Anyone familiar with the earning and spending habits in China knows that under-the-table dealings are standard practice. This makes it difficult to assess real income versus housing prices and decisively conclude whether there really is a housing bubble.

Another factor to consider in China’s residential development is the absorption rate of newly constructed housing units. It is not uncommon to see empty residential buildings somewhere outside the 3rd ring road of a developing Chinese city, only to come back 2 years later to see the neighborhood completely transformed.

This has to do with limits the governments put on developers to develop land. Many times, buildings finish construction before transportation infrastructure (read: subway lines) is completed. This means that speculators have invested in units in these buildings but no one lives there because the neighborhood has not yet arrived.

This is a scenario that sounds ludicrous to Americans, especially given what just happened with its devastating real estate crash, but it is important to remember that the U.S. has nowhere near the same migration volume to urban areas that China is experiencing at this time.?

« Chongqing: City of Hills, Rivers and SkyscrapersExpatriate Mobility in China »