Chengdu and Chongqing Leading the Way in Hukou Reform 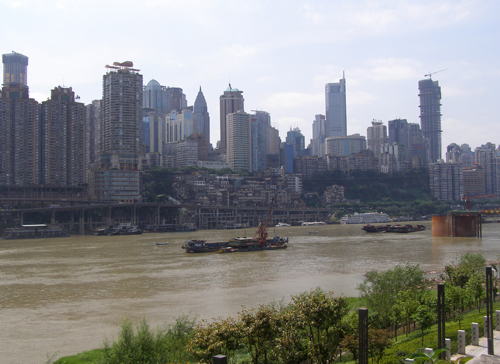 The hukou system, or household registration system, is a method of accounting for the country’s population by requiring each citizen to officially register his or her place of residence.

Possessing an urban hukou in a large city means that one is an official ‘resident’ of that city and eligible to receive benefits such as  access to medical insurance and education as well as the right to purchase property. This poses a problem for the floating population of rural migrants to cities who are not afforded similar benefits due to their lack of an official urban hukou.

Given the difficulty rural migrants have in obtaining an urban hukou, most have no incentive to settle in a city once their period of work is finished. This means that until the system is reformed, rural migrants will always have one foot in the big city and one foot back in the village.

When China first opened up 30 years ago, opportunity was limited to places like the Pearl River Delta, where access to overseas markets made it the logical place to begin economic reform. As economic growth and prosperity has spread from the coastal regions to the interior, migrants from the western part of China have less incentive to head all the way to coastal areas to look for work. In fact, the Pearl River Delta has even seen a migrant worker shortage recently.

The expansion of economic growth throughout China has been of great benefit to interior cities like Chengdu and Chongqing- both large cities surrounded by vast rural areas. The growth of these two cities means that rural migrants from Sichuan and nearby provinces need not go too far in order to find good job opportunities.

Seizing the opportunity to strengthen urban growth, both Chongqing and Chengdu are taking the lead in hukou reform. Chongqing recently pledged to grant 3 million urban hukous to farmers by 2012, and 10 million altogether by 2020! Chengdu has initiated a pilot program to unify rural and urban hukous, granting access to urban unemployment benefits for migrant workers.

It is clear that hukou reform is the key to long-term successful urbanization of China’s cities. While economic reforms first emerged in China’s coastal areas, could social reforms arise from the country’s great cities on the interior?